The Armed Forces Selection Board (AFSB) Interview for 74 Regular Course of Nigerian Defence Academy (NDA) took place from 11 June – 23 July, 2022. The List of Successful Candidates whose names appear below and could also be obtained at the NDA Offi cial Website www.nda.edu.ng were successful at the AFSB Interview. The candidates have been offered admission into NDA for the 74RC and the successful candidates are to report to NDA Ribadu Campus (old site), Kaduna on Saturday 13 August 2022. (NDA 74th regular course) 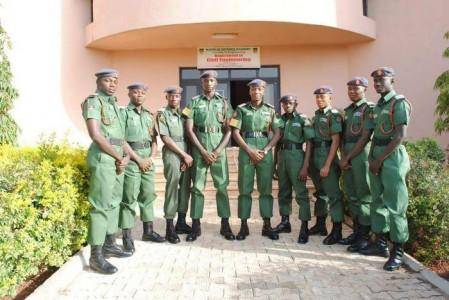 Cadets upon admission into the Nigerian Defence Academy are full time students and not employees in training. They shall not claim any form of right or engagement whatsoever as an employee of the institution or Federal Government of Nigeria upon dismissal or withdrawal from the Academy before commission as an officer. Any candidate who fails to report on Monday, 15 August 2022 will forfeit his or her place. Selected and Reserve candidates are to report on the same date and will be received on arrival at the reception Centre located at the Centre of Excellence Building, NDA Ribadu Campus.

2. Selected candidates MUST come along with the ORIGINAL copies of their credentials which include First School Leaving Certificate, Primary School Testimonial, School Certificate Results NECO/WAEC, Senior Secondary School Testimonials, Birth Certifi cate/ Declaration of Age and Letter of State of Origin. Any candidate who fails to present originals of the stated documents will not be accepted into the Academy. In addition, successful candidates are to come along with the following items for NDA 74th regular course list:

a. Two pairs of black and white trousers.

b. One lounge suite (dark colour).

c. A pair of national dress.

i. Two pairs of brown canvas.

j. One pair of Football boot

3. Female candidates should come along with the following items in addition:

a. One pair of black low heel cover shoes.

5. All selected candidates MUST upload their O Level result with JAMB before reporting to the Academy.

6. Enquiries and further information could be sent to the email address academyregistrar@nda.edu.ng or call 09128273656