Are you writing the 2022 Waec Exams? Are you searching on How to Get Waec 2022 CRS & IRS Correct Answer? Are you looking for legit and sure Questions answers especially for CRS or IRS?

(2a)
Eli was the priest of God at Shiloh where his two sons, Hophni and Phinehas were also priests of the Lord.
The Bible describes the children of Eli as worthless men who had no regard for the Lord. They com mitted the following sins against the Lord:
(a) They disregarded the custom regarding sacrifice to the Lord and instead of taking their share, they took what the three-pronged fork could collect from the pot.
(b) Contrary to the custom, they demanded, with force, raw meat from those offering sacrifice, before the fat was burned.
(c)They lay with women who served at the en
Even though Eli warned his children about the above evils, he did not take strict measures to stop the children from the evil acts. As a result of his weak corrective measures, the children did not listen to him, but continued in their evil ways. The attitude of the children towards the Lord resulted in a man of God coming to Eli to prophesy doom for his house, stating that the priesthood would be cut off from Eli’s house and the family destroyed to the extent that no old man would exist in it for ever and any survivor of this disaster would beg bread from the new and faithful priests to be raised by God. As a sign for the fulfilment of the prophesy, the sons of Eli would die on the same day.

*
(9a)
Peter advised the Christians living among non-Christians to abstain from fleshy lust since it battles against the soul.
He told them to engage in honest conversation among the Gentiles so that even if they speak against them, their good works would force the Gentiles to glorify God.

Peter told them to subject themselves to every human institution whether it is the Emperor himself or the Governors that have been sent to reward those who do good and punish those who do wrong. According to Peter, if they do this, they will put to silence the ignorance of foolish men.
He advised them to live as free men but should not use their freedom as a pretext to engage in evil. They should live as servants of God. They should honour all men, love the brotherhood, fear God and honour the emperor.

Peter concluded that Christ himself suffered the same fate. According to Peter, Jesus was reviled but he did not reply. Therefore, people must copy Christ’s example.

(1a)
After the ten plagues, Pharaoh allowed the Israelites to leave Egypt for the wilderness to worship their God. Later, when Pharaoh realized that the Israelites had left for good, he regretted for allowing them to go. The Israelites were guarded by the Lord by a pillar of cloud during the day and pillar of fire by night. Pharaoh quickly organized his soldiers and chariots to chase the Israelites with the hope of bringing them back. They caught up with them at Pihahiroth where they had encamped in front of the sea. When the Egyptians drew nearer, the Israelites became afraid and panicked, displaying lack of faith in God and Moses. They cried to the Lord and began to accuse Moses for bringing them into the wilderness to die. They said that they should have been left in Egypt to serve the Egyptians than to die in the wilderness Moses told them not to entertain any fear but to stand firm for the Lord would fight for them Moses again said that in no time they would not see the Egyptians again. Moses then cried to God and he was told by God to stretch his rod over the sea. After that a great wind came and drove back the waters The Israelites passed through on dry land/ground The Egyptians gave them a hot chase, but the wheels of their chariots could not move Moses immediately stretched his rod over the sea and the waters returned leading to the drowning of the Egyptians. The people then came to believe in Yahweh and in Moses His servant.

(1b)
(i)Need to have faith in God.
(ii)God is always ready to protect his people in time of crisis/ provide a Way of escape for his people.
(iii)God will never allow our enemies to overcome us.
===========

(7a)
Prophet Joel was one of several divinely appointed prophets called by God. According to Prophet Joel, there would be an outpouring of the spirit of God upon all fresh . Sons and daughters would prophesy ,young men would see vision, old men would dream and the menservants would also prophesy.
On the day of Pentecost, the disciples were together in one place. Suddenly, a sound came from heaven like the rush of a mighty wind, and filled the house where they were sitting. Immediately, there appeared to them tongues as of fire, resting on each of them. They were all filled with the Holy Spirit, and began to speak in other tongues, as the Spirit gave them utterance.
The sound of the wind attracted a great multitude, including the Jews and devout men from different nations, who were then dwelling in Jerusalem. These people were amazed at what they saw, especially the foreigners who heard the disciples speaking in their own local languages. Strangely enough, the disciples were all Galileans. The people wondered, saying, ’Are not all these who are speaking Galileans?’ And how is it that we hear each of us in his own native language?’ They wondered at the situation, asking,’What does this mean?; But others who were there mocked them, accusing them of being drunk

(7b)
(PICK ANY TWO)
(i)God must always fulfil his promises
(ii)The purpose of God cannot be stopped by persecution or threat
(iii)True practice of Christianity requires humility
(iv)The holy spirit was the invisible force which directed the activities of the church
(v)God salvation is for all who believe ,Jew or Gentile.

8a) Our Lord Jesus commands us to love our neighbors as ourselves. Christian is expected to love all people equally and avoid segregation.

Believers must understand that it is sinful to give preferential treatment to anyone.

We must not specifically favor anyone (or a group of people) at the expense of others. God requires that his worshipers desist from segregation and treat all people equally.

The scripture stated: “If you really fulfill the royal law according to the Scripture, “You shall love your neighbor as yourself,” you do well; but if you show partiality, you commit sin, and are convicted by the law as transgressors” (James 2:8-9).

A person who gives preferential treatment is an unjust person, and he would suffer consequences of his action from God if he (or she) does not repent.

God’s children must love all people and treat them equally – Without partiality.

No Christian is allowed to favor the rich at the expense of the poor. Also, a follower of Jesus Christ must not respect influential people and look down on common people.

A good Christian must learn from God who cares for all people equally.

No iota of partiality is with God! He sends rain in its season to benefit all people. God waters the whole earth to bring out its products for everyone’s consumption.

In addition, believers must learn from Jesus Christ who demonstrated unbiased love to people of his time (while on earth).

He walked around the town doing good to all people without an element of partiality. Jesus even went out of his way to care for people that were rejected by society. The Son of God fed poor people and gave hope to the hopeless 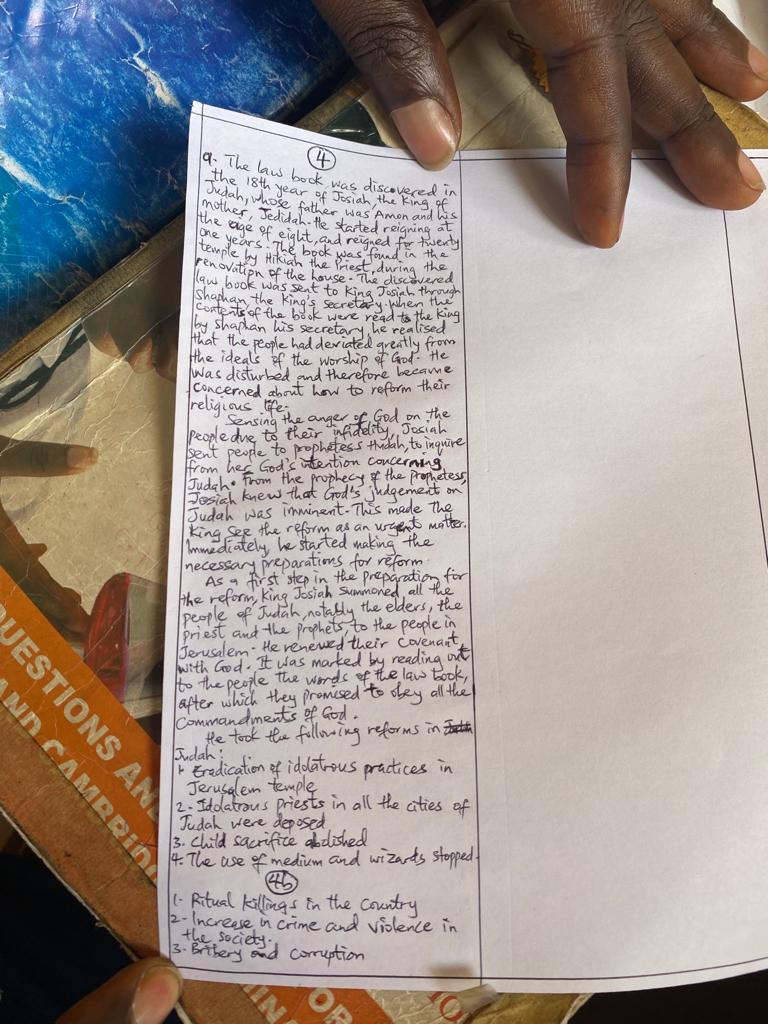 2a) Hijrah refers to Prophet Muhammad’s migration from Mecca to Medina in 622 CE.

2b) 1 Proper obedience
Obedience to God and the implementation of his orders even if this obedience causes some hardship, the migration did come with difficulty and hardship was an order from Allah to His Messenger.

2 Companion Sincerity
The true meanings of loyalty and sincerity was prominent in Abu Bakr during the migration, where he was walking behind the Prophet sometimes and ahead of him sometimes and other times on his right and left on the left, fearing that any harm could come the prophet’s way and to be man shield to the prophet and even in the cave when he plugged the snake’s hole with his foot and did not fear sting.

3 Good planning
Planning is a key factor for success f everything one does . The Prophet’s migration included a wonderful example of planning and distribution of roles to the participants in terms of camouflage and erasing the footprints so that the infidels do not know which path they walked in. As the shepherd Amer bin Fahira was leading his sheep herd to the cave hiding the foot steps and then serving the Prophet – peace be upon him – and his companion of the milk of his sheep.

4 Role of women
The role of women in migration is represented by the Mother of believers Aisha and her sister Asma bint Abi Bakr, who have prepared all the necessary food, drink and all that the traveler needs during his journey. Asma would tear he waist band to two to attached to the open end of the parcel carrying the supplies to our prophet Muhammad and his companions to complete the journey. She was called (that alnitaqain) one with two waste bands. So we have to recognize the role of women in work and help them

(4)
Qadar is one of the aspects of aqidah. Muslims believe that the divine destiny is when God wrote down in the Preserved Tablet (al-lawh al-mahfooz [ar]) all that has happened and will happen, which will come to pass as written. When referring to the future, Muslims frequently qualify any predictions of what will come to pass with the phrase Insha’Allah, Arabic for “if God willed ” The phrase recognizes that human knowledge of the future is limited, and that all that may or may not come to pass is under the control and knowledge of God.
However, people are not predestined by Allah to enter Hell. Rather, people will only bear their own sins that they themselves committed with free will and no one will be responsible for another person’s deeds. The Quran holds that no man will be treated unjustly and everything will be judged by Allah.

(6)
Stand with your arms in front of you with your right hand on top of your left hand. This is called the qiyam position. Recite the following prayers in this position: Thana (“Subhanaka Allah humma wa bihamdika, wa tabaraka ismuka, wa ta’ala jadduka, wa la ilaha ghairuk”); Ta’awadh (“Audu bi Allah i mina ashaitan i errajeem”); Tasmiah (“Bismillah i rrahman i erraheem”); and Al-Fatihah (“Al humdo lil-lahi rab-bil al ala-meen. Arrahman i rraheem. Maliki yaum i eddeen. Iyyaka nabudu wa iyyaka nasta een. Ihdinas sirata almustaqeem. Siratal lazhina anamta alaihim, ghairil maghdubi alaihim, wa la adhdhaal leen.”).
Finish by reciting a short Surah, or chapter, of your choice from the Quran.
Say “Allahu Akbar” and bow forward with your hands on your knees. While bowing, say “Subhana rabbiya al azeem” three times.
Stand back up and say “Samia Allah u liman hamidah, Rab’bana lakal hamd.”
Kneel down and press your palms and face to the floor while saying “Allahu Akbar.” Say “Subhana rabbiyal a’ala” three times.
Sit up with your hands on your thighs while saying “Allahu Akbar.” Kneel to the ground again and say “Allahu Akbar.” With your face and palms on the floor, say “Subhana rabbiyal a’ala” three times and raise back up. This completes the first rakat.
======================== 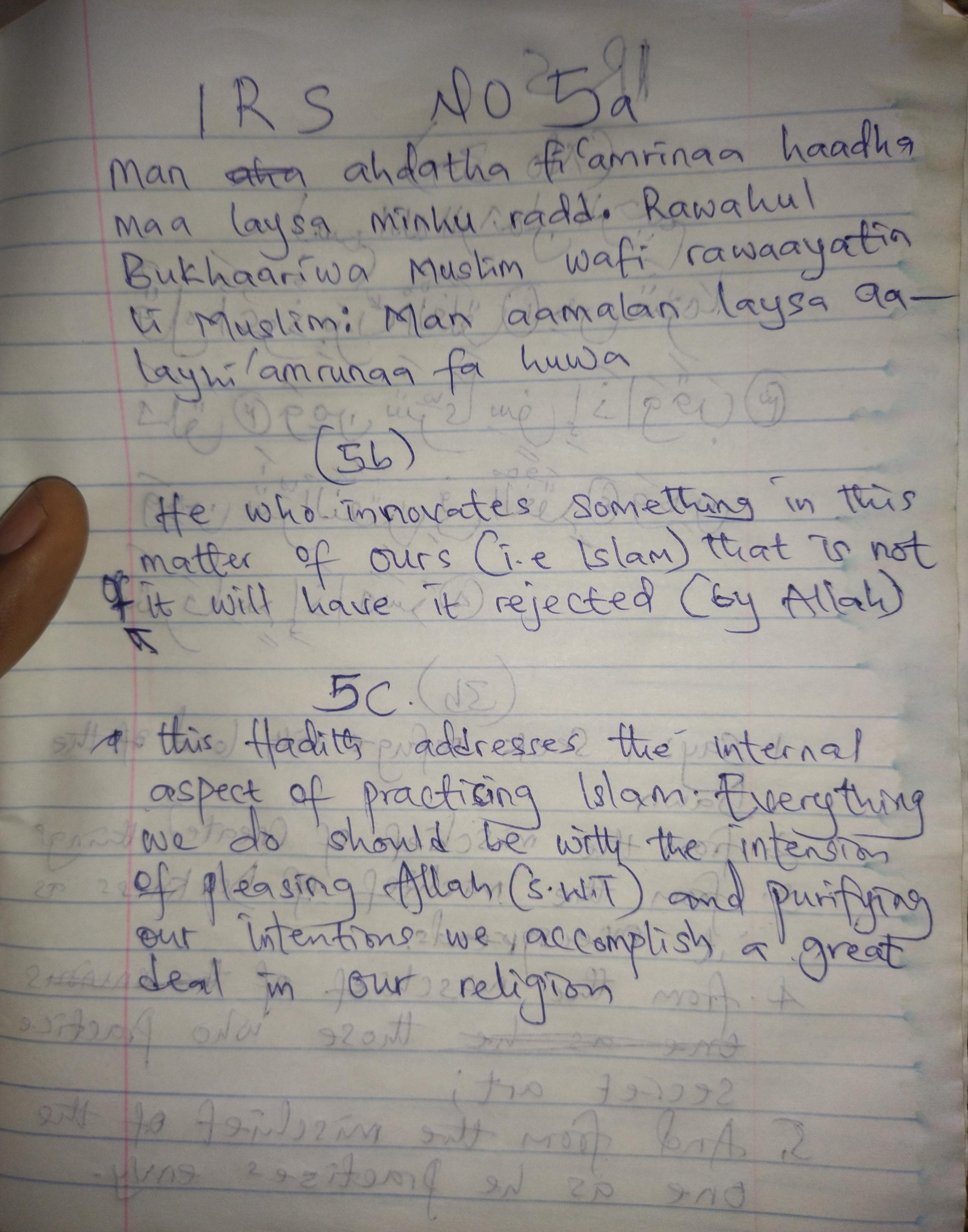 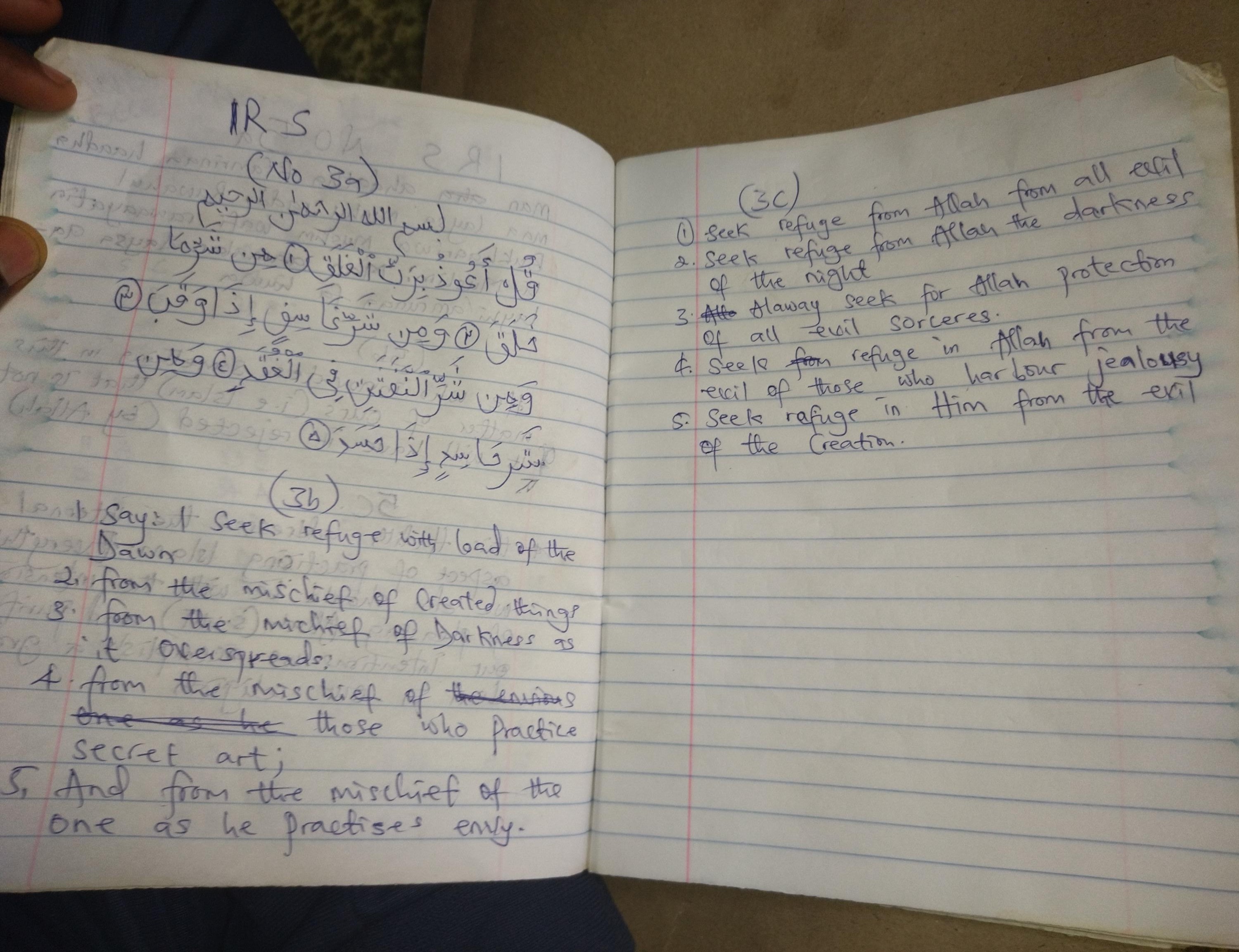 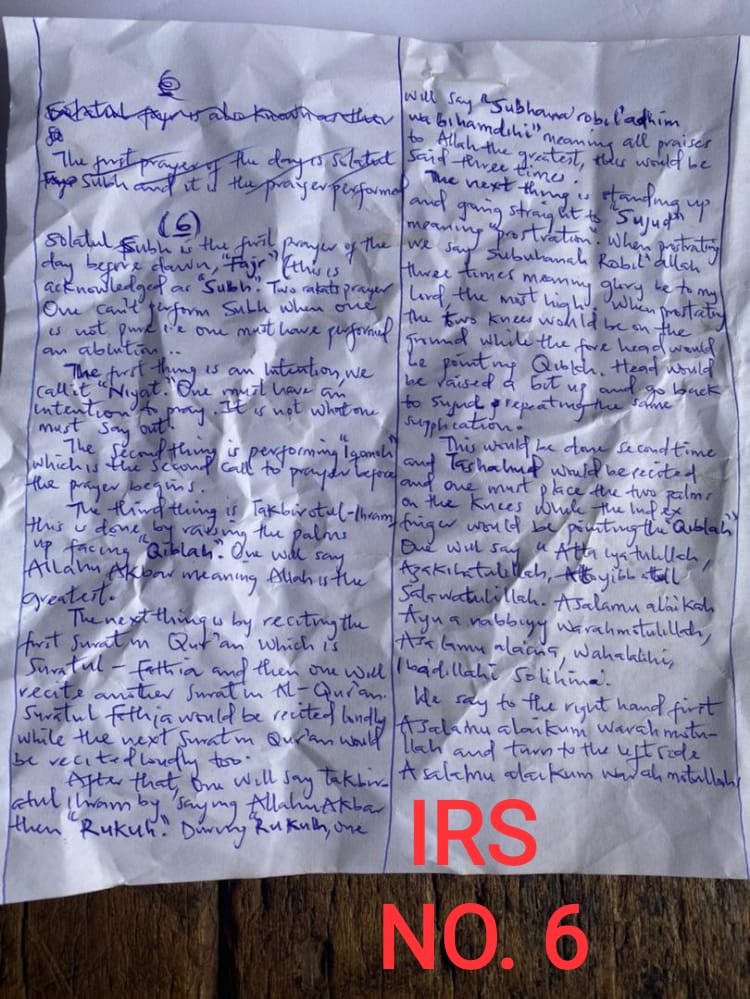